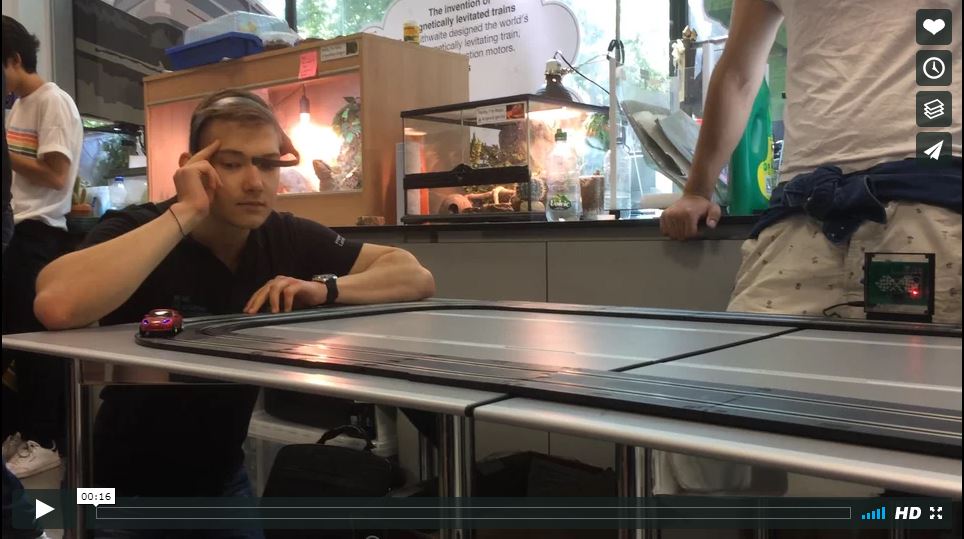 Mirosalv described an interesting Medical Devices related project he was going to be working on that required funding. One of the key things Matthew Lowdon and Andrew Welsh wanted Newton Colmore Consulting to do was give back to the Medical Devices sector when we could, so we agreed to help fund the project.

Almost a year on, Miroslav has written the following article on the project that we wanted to share with you;

“With the rising popularity of devices such as the Apple Watch or Fitbit, wearables are often perceived as extensions of mobile phone function, fashion accessories or as motivational tools for those who want to increase their daily walking distance.

This perception can deceive us into neglecting an important aspect of wearable technologies, which is their medical or therapeutic use, including hearing aids and devices for remote treatment of speech and voice disorders (such as in patients with Parkinson’s disease).

Therefore, our group, nine second year Biomedical Engineering students at Imperial College London, decided to combine the entertaining potential of wearables with their ability to ameliorate consequences of medical disorders. Specifically, we decided to provide an innovative way to interact with physical and digital systems for children with severe movement impairments, such as partial or total paralysis.

Children with severe movement or cognitive disabilities face numerous challenges, including a lack of meaningful and accessible recreational activities. This often brings the feeling of exclusion from the society of their peers. These young people also face the lack of user-friendly educational tools that would enable them to further their academic pursuits.

We decided to tackle this problem by constructing a universal controller that enables users to wirelessly control devices. Our proof of concept example was the control of Scalextric racing cars. Because we were ‘thinking about control’ we called ourselves ThinkControl Group.

A NeuroSky MindWave EEG headset provides the value of a user’s attention as output through processing the electrical signals generated by their brain activity. We used this measured value of attention as the input driving the racing cars at the track.

It means that even if a child suffers from neck-down paralysis, he or she is able to play with racing track with his or her healthy peers and feel included in this funny and leisurely activity.

However, there is additional benefit to this device – because the device requires user’s focus to drive the car, the user’s ability to remain focused can be improved over time, opening the possibility of therapeutic benefits to the user.

We tried the device by ourselves and also cooperated with a school for children with disabilities to test the device; our young patients were truly amazed about the fact that they could take part in the car racing, the activity previously reserved for their peers.

On the other hand, their teachers praised the fact that the retail price of the controller could be kept low – the whole system without the Scalextric would cost up to 300 GBP.

Every year, approximately 1800 children are diagnosed with cerebral palsy, while one in three of these children is unable to walk. Furthermore, there are 1000 people who suffer from spinal cord injury – and there are certainly many children among them.

Therefore, we hope that our project will be a simple, effective and inexpensive tool for people with severe cases of physical and mental disabilities, enabling access to a larger range of recreational activities and providing therapeutic benefits from increased attention span resulting from the use of device. I think that this goes in line with the main goal of bioengineering, which is to improve lives and health of people through modern technologies.

The project was completed with generous philanthropic support of Newton Colmore.

Newton Colmore Consulting are happy to post articles from other students and companies, so if you have something to share in the Medical Devices, Scientific Engineering, Robotics, Science or Data Science fields please get in contact with us at [email protected]

By continuing to use the site, you agree to the use of cookies. more information